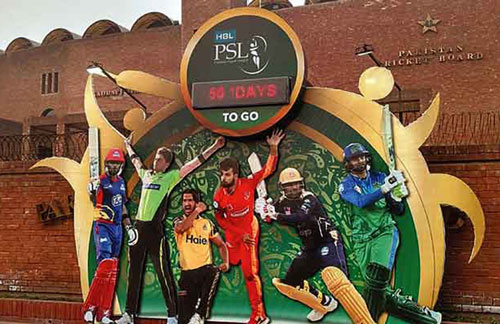 The remaining matches of the sixth edition of the Pakistan Super League may be held between May 23 and June 20, sources said Thursday.

An official announcement of the schedule for the leftover PSL matches is expected next week.

It is being reported that the Pakistan Cricket Board (PCB) and PSL franchises are considering two to three schedule options and will be discussing the options in detail over the next two days.

Sources said detailed discussions have been held between the PCB and PSL franchises on the schedule this week as well.

A strict seven-day quarantine period has been proposed for the PSL squad members.

A foreign company may be hired for the bio-secure bubble, sources said, adding that the players draft will be held after a decision on the availability and non-availability of players.

Earlier this month, PSL 6 was postponed 14 matches in after at least seven coronavirus cases were reported among players and the officials involved in the tournament. Twenty PSL matches are now remaining.—Agencies