It is advisable to pick Belinda Vakarewa in both of your Dream11 fantasy teams.

The 20th match of the Women’s National Cricket League 2021 will be played between Tasmania Women and Queensland Fire on the 7th March at the Bellerive Oval in Hobart.

In the 20th match of the Women’s National Cricket League 2021, Tasmania Women will lock horns with Queensland Fire on Sunday. Tasmania Women have had a very good season so far, having won 4 out of the 6 matches they played so far and are placed at the 2nd spot on the points table. They will be looking forward to continuing their winning momentum in this upcoming match also.

On the other hand, Queensland Fire have won only 2 out of the 5 matches they have played and are placed at the 4th spot on the points table. They will be looking to get back to winning ways, whereas Tasmania Women would want to continue their dominant stint in this tournament. Tasmania Women will come into this match as favourites against out of form Queensland Fire’s side.

The weather is expected to mostly cloudy here in Hobart on Sunday with the temperature ranging between 12-14 degrees Celsius range and no chance of precipitation for this match.

The pitch here at Bellerive Oval is pretty much balanced. Pacers will get some movement with the new ball but it gets better to bat on as the match progresses. The team winning the toss should look to chase on this kind of wicket.

(Will be added when there is an update)

Heather Graham impressed everyone with her all-round performance this season. She has scored 242 runs and scalped 5 wickets as well. She is a must-pick for your Dream11 Fantasy side.

Naomi Stalenberg has been in decent form with the bat in this tournament. She has scored 181 runs at an average of 45.25 in 5 innings. She can score a big knock in this upcoming match.

Jess Jonassen has done well with both bat and ball in this season. She is the leading wicket-taker from Queenslands side, having scalped 7 wickets. She has also scored 120 runs in just 3 innings.

Georgia Redmayne has scored 208 runs at an average of 52 in five matches she played so far. She is currently the best batswoman from the Queensland side. She is a player to watch out for in this upcoming match.

Also Read – Reports: PSL 2021 likely to resume in May, to clash with business end of IPL 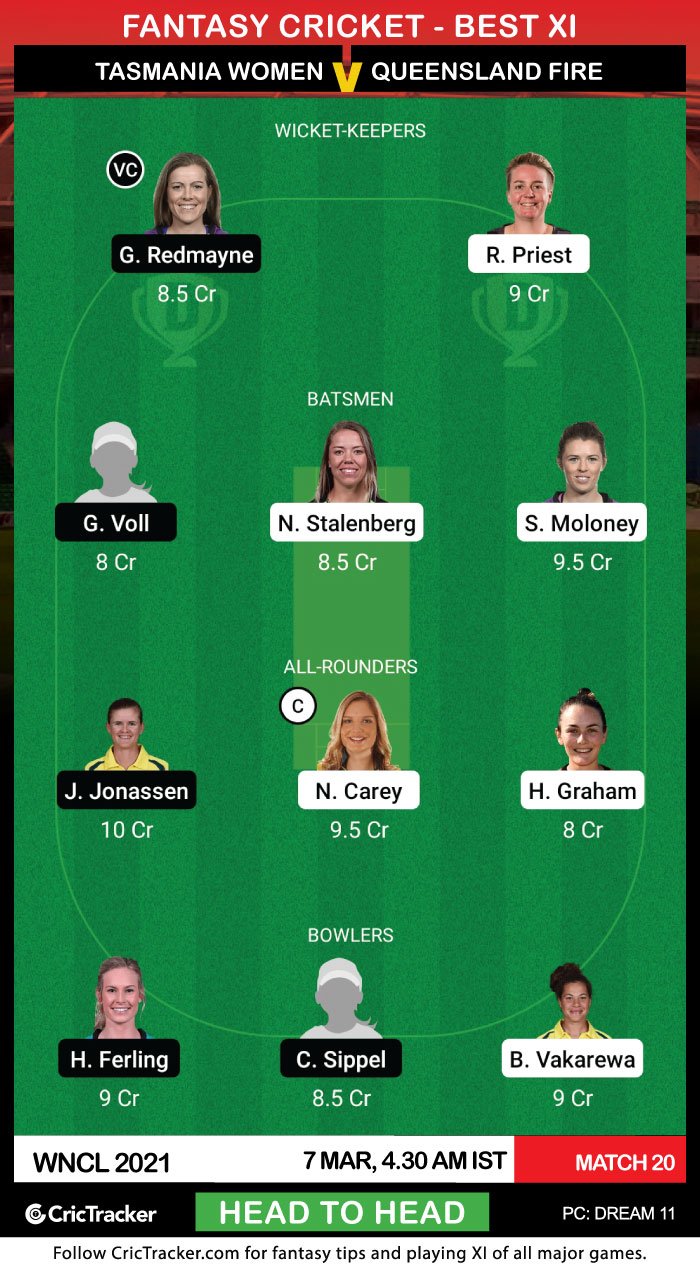 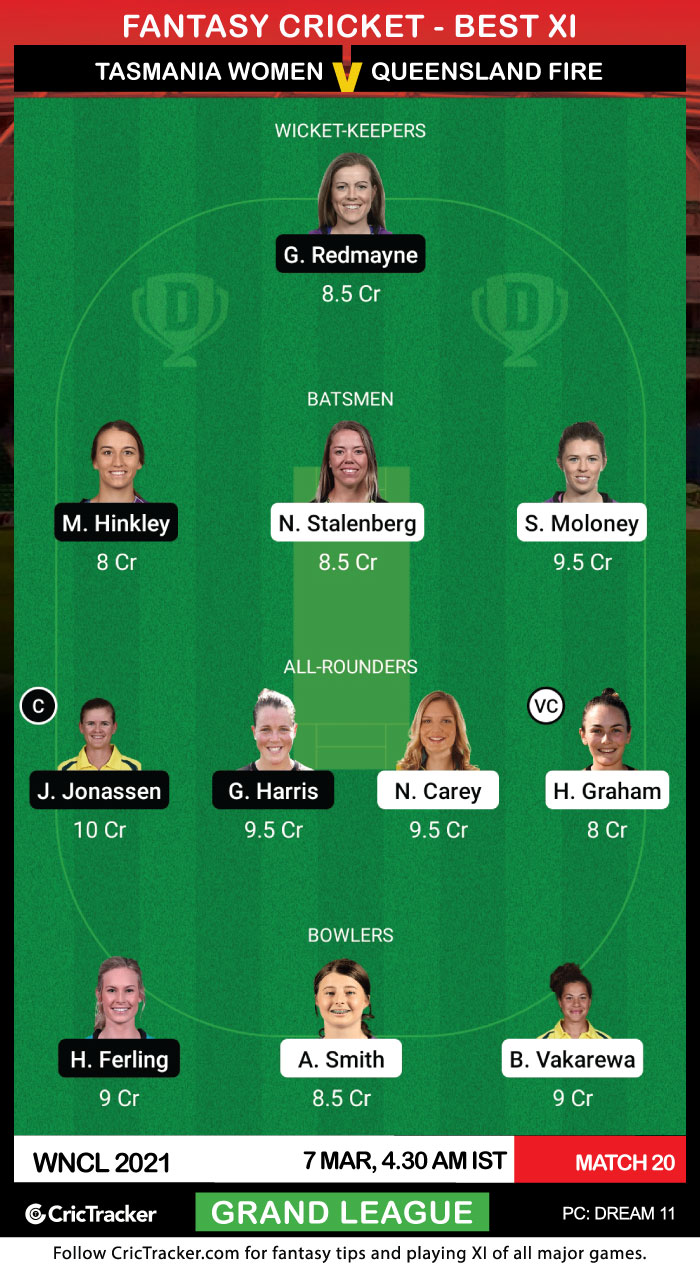 It is advisable to pick Belinda Vakarewa in both of your Dream11 fantasy teams as she has been in brilliant form with the ball this season. She scalped 9 wickets at an economy rate of just 3.76 runs per over.

Tasmania Women are expected to win this match

Note: Updated Fantasy teams and Playing XIs of every match will be provided in our Telegram channel if the information is available.

Disclaimer: This team is based on the understanding, analysis, and instinct of the author. While selecting your team, consider the points mentioned and make your own decision.